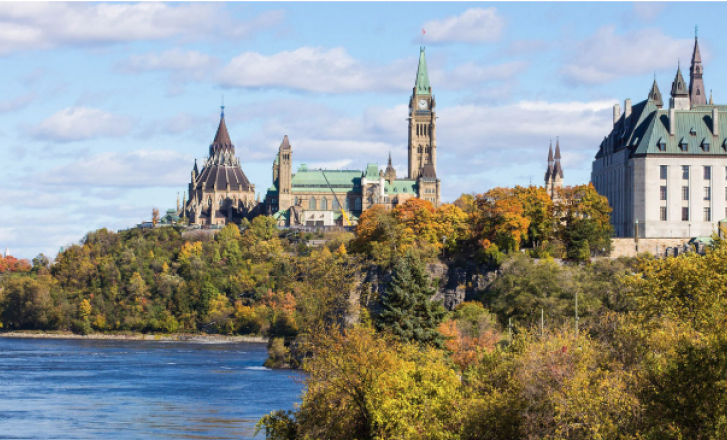 A draft motion by the federal Greens to increase the size of the Green Party of Canada’s Federal Council is currently under way. The motion consists of a proposal to incorporate Indigenous voices on the party’s Federal Council, and it already has a number of prospective endorsements from several sources, including the Indigenous Peoples Advisory Circle (IPAC).

The Green motion to increase Indigenous representation on the GPC Federal Council seeks to add three new seats to the body, with each of the three seats being individually designated for Métis, Inuit, and First Nations members.

The objective of this ambitious Green initiative is twofold. On the one hand, it aims to enable direct Indigenous input into the inner workings of the Green Party of Canada. On the other hand, it aims to initiate the process of true reconciliation by giving Indigenous peoples a space within the GPC and by acknowledging the great diversity and variation within Indigenous communities.

As recognized in the draft motion, Indigenous people are not one homogenous group, and it would be impossible “to expect one person to represent all Indigenous national perspectives”, so designating three seats to the GPC Federal Council to Métis, Inuit, and First Nations members individually ensures consideration is given to each nation fairly. Indeed, in their proposal the Federal Greens consider three indigenous seats as “the minimum number of Indigenous seats that can be considered to be representative.”

As stated in the draft motion, each of these Indigenous groups should be adequately represented on the GPC Federal Council “to improve the potential for the Original peoples of Turtle Island to help GPC understand ecological, spiritual, and ancestral origins while decisions are made to optimize sustainable pathways to the future across Canada”.

The Federal Council is an important part of the GPC’s party structure, as it governs between general meetings and ensures that the party follows Green values and promotes Green policies. Adding these three Indigenous seats to the council would greatly enhance the party’s ability to adopt more ethical and wholesome approaches as well as to create more inclusive spaces to discuss policy ideas and positions.

The benefits of this draft motion are momentous, and are also long overdue. If the motion is approved, the GPC’s Federal Council will be enriched by continuous Indigenous visibility, voice, and representation. On the whole, the GCP Federal Council believes that following the validation of this motion, the Green party will be able to make decisions “that are more fair and inclusive by recognizing the inherent rights of Métis, Inuit and First Nations peoples within Canada”.

– Draft motion to Add three seats to the Federal Council

The Foundations of the Motion

The motion to add three Indigenous seats to the GPC Federal Council was made in accordance with the Federal Green Party’s commitment to the United Nations Declaration on Rights for Indigenous Peoples (UNDRIP). The UNDRIP establishes a universal framework of minimum standards for the survival, dignity, and well-being of Indigenous peoples across the world and it elaborates on existing human rights standards and fundamental freedoms as they apply to the specific situation of Indigenous peoples.

Article 5 of this non-legally-binding resolution, which was adopted by the UN General Assembly in 2007, sustains that “Indigenous peoples have the right to maintain and strengthen their distinct political, legal, economic, social and cultural institutions while retaining their right to participate fully, if they so choose, in the political, economic, social and cultural life of the State”.

Although Canada was among the four countries to initially vote against the adoption of this declaration together with Australia, New Zealand, and the United States, in May 2016 Canada reversed its decision in support of the most comprehensive international instrument on the rights of Indigenous peoples. In this way, the motion to add three seats to the GPC Federal Council can be regarded as an explicit effort on the part of the Federal Greens to abide by this important instrument of international significance.

Furthermore, the motion to add three Indigenous seats to the GPC Federal Council seeks to provide more adequate representation to the 1.67 million people in Canada who identified themselves as Indigenous in 2016. All in all, the Green motion is expected to increase representation within the Green Party of Canada and to create a more inclusive and fair environment while bringing true reconciliation one step closer to attainment.