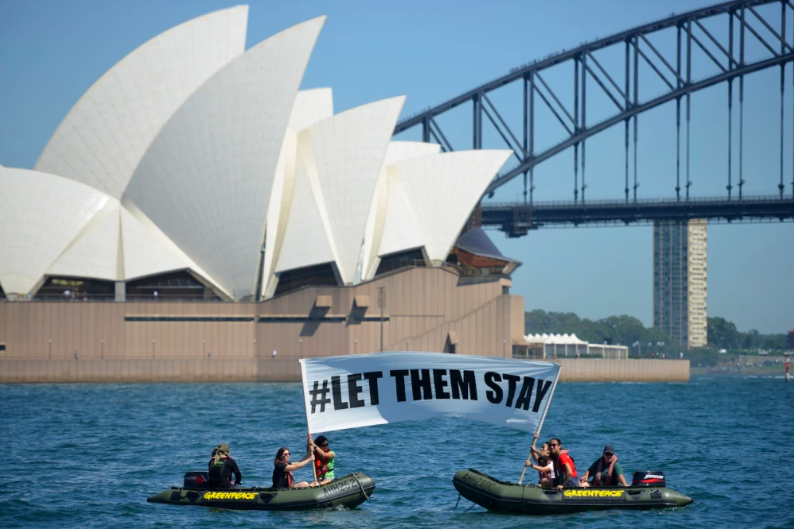 The Greens of Western Australia have concluded that there is a refugee demonization issue in the country. Both the population and the government have difficulty accepting refugees. The Green Party believes colonialism and capitalism are the root of this issue.

First, the Green Party explains that the myth of the “good refugee” is a good indicator of where the issue begins. This myth gives the idea that there are good and bad refugees. A good refugee is an individual who is an economic asset to their new country.

Being an economic asset usually means having an occupation that helps the country’s economic prosperity. The Green Party explains that Capitalism is the main reason the population has begun to view refugees this way. They also argue that the population as a whole is categorized in the same manner.

The Green of Western Australia

There is a significant issue in evaluating and looking at refugees this way. A refugee is defined as an individual who is forced to flee their country due to political violence, fear of personal safety, disturbed public order, and needs international protection. Asking for asylum and becoming a refugee should not be conditional, whether they are entering a new country as an economic asset or not.

The right to safety for the population of Australia is not contingent. Therefore, it shouldn’t be for anyone seeking protection.

Australian Greens argue colonialism still impacts government’s decision-making. With the recent Russian invasion of Ukraine, Australia has given over 8ooo visas to Ukrainians. After a couple of hundred refugees were officially in Australia, the Green Party took to the streets to see how people felt. This is what they had to say;

“[This] isn’t a place, with all due respect, like Iraq or Afghanistan, that has seen conflict raging for decades – this is a relatively civilised [country].”

Individuals interviewed by the Australian Greens

The message Australians are giving is evident. It is normal for colored people to face war and conflict, as they are not civilized and educated as are white individuals. These words sound as they have come out of colonial times.

The Green Party of Australia believes this is a pressing issue, as their attitudes towards refugees are a mere reflection of their population. By trying to strengthen their national borders, governments have turned their back on people seeking asylum and have labeled the situation as a “refugee crisis”.

There have been many times in history when the Australian government has tried to deter coloured refugees home the country.

Morrison telling new Manus and Nauru arrivals to “go home” (2014); the Department of Home Affairs putting out a digital pacman-style game in a targeted deterrence campaign against Sri Lankan refugees (2021); Dutton saying Afghan refugees would steal Australian jobs and “languish on Medicare”, whatever that even means (2016); Dutton saying women in offshore detention cry rape to get into Australia (2019); Dutton saying it was a mistake to resettle Lebanese Muslim refugees in the 1970s because their descendants are terrorists (2016).

Catherine is an undergraduate student at Concordia University, pursuing a BA in Political Science with a minor in Law and Society. She focuses on international relations, foreign policy, and human rights. She is fighting for a brighter future for people in need.

US-China tensions: Competition over microchips is playing a major role in recent events