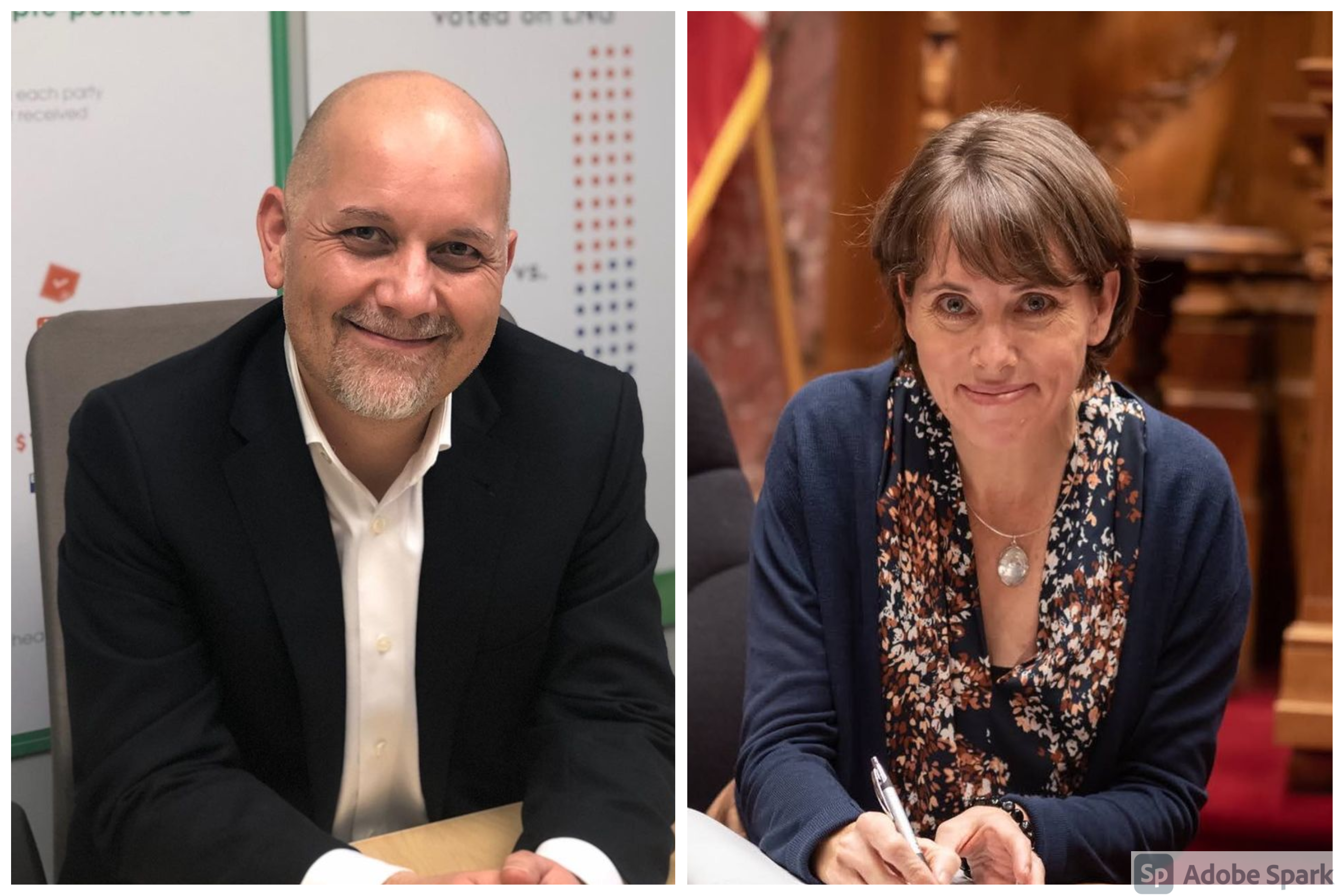 The unique coastal rainforest ecosystem of British Columbia is well known across the world, but the consistant logging of this province’s massive trees, known as “old-growth”, has threatened the future of this environment, with consequences stretching far beyond the BC borders.

The BC Greens have been the only true voices in the BC Legislative Assembly fighting for the protection of old-growth, a position which the majority of British Columbians stand behind.

1. Why is it vital to protect old-growth in BC?  What can old-growth provide for its ecosystem that secondary growth cannot?

MLA Olsen: It’s important to recognize that these are some of, if not the oldest creatures on the planet. When you’re talking about a living being that’s 1000 years old, that should command more respect than a chainsaw…These are some of the most developed ancient ecosystems, they’re in some of the most important watersheds…You can’t create that kind of diversity in 10-15 years, (nor) in a tree farm that you intend on cutting down again.

MLA Furstenau: Old-growth are trees that have not been logged and have an intact biodiversity, that are quite different than second-growth or third-growth, which are often planted with the intention of being harvested… An old-growth forest is a biodiverse ecosystem that has, over hundreds or even thousands of years, come to be what it is… We are getting to the point in BC where we have very few of these intact old-growth forests left. They represent a wide myriad of important values that we should be very urgently working to protect.

2. Many communities in BC rely on the logging industry, specifically the logging of old-growth.  What potential sustainable transition options could we see for these communities?

MLA Olsen: It is incumbent upon the Government of British Columbia to recognize the (need) for this transition…We need to diversify our economy away from natural resources. Not away for its entirety, but natural resources need to take an appropriate position within the British Columbia economy as one part of the economy… I think that we have to take a look at the opportunities that are presented in tech, and in our cities by creating better connectivity with broadband. We see a lot of people working from home right now, and there’s a lot of opportunity for home-based businesses and supporting small businesses…No doubt, there is a responsibility to transition the economy… We need to be able to create an economy that all British Columbians can participate in.

MLA Furstenau: (We’re) looking at creating more of a value-added industry for second growth forests. Instead of having these trees shipped off, and having their manufacturing value be elsewhere; ensure that that value is added right in the communities here in BC, which would create more jobs and more opportunities around harvesting second growth… We’ve talked a lot about how we feel we should be leaning into local, renewable energy.  If we’re producing renewable energy locally, that (creates) jobs in communities everywhere in BC…  We should be looking at sustainable food systems, sustainable agriculture, sustainable fisheries… Ultimately, the conversation has to take into account that at the rate at which old-growth is being logged, we are talking less than a decade during which old-growth logging will provide employment to these communities.  Either we wait until we’ve lost all the old-growth, or we transition these economies and we end up with healthy, sustainable communities and healthy, sustainable economic activity.

MLA Olsen: We have always had a responsibility to work with Indigenous communities and one that we most recently embraced by being the first province to pass the Declaration on the Rights of Indigenous Peoples Act. It’s deeply frustrating considering the fact that many Indigenous communities have been engaged in cutting old-growth due to the lack of social support from the provincial government… They (the NDP) said during the election, ‘We’re going to implement the (14) recommendations of the old-growth review panel’.  Which ones? When?  We (The Greens) are the only ones willing to stand up and take strong positions protecting old-growth, and the vast majority of British Columbians want that.

MLA Furstenau: The NDP Government decided to bring about the old-growth review panel, which presented its findings in the summer of 2020.  Those recommendations really do talk about the need, with some urgency, to work with First Nations’ (Governments) to start really coming up with long term sustainable plans for these forests. Our (the Greens’) position was that we would adopt all the recommendations in that report, and the NDP during the election started by saying that they would adopt some of the recommendations. And then halfway through the campaign, I asked Premier Horgan during the debates, he shifted and said that they would adopt all of the recommendations. Since the election, there are multiple reports that old-growth logging around Vancouver Island has actually excelled… On the one hand, the government says ‘We will move forward slowly with implementing these recommendations’ but on the other hand, it’s business as usual.

4. What options are available for regular people to support the BC Greens in this effort to preserve old-growth forests?

MLA Olsen: I would recommend that people continue to contact the BC government, to get involved with the BC Greens’ campaign.  We’ve seen them (NDP Government) go from having no interest in 2017, to hiring two former foresters to do an old-growth review panel… All of this has been a result of pressure that has been applied from the outside and from the inside… As much as this is a BC issue, the forest is a benefit to the planet, and our forestry practices are not.

MLA Furstenau: There’s no issue on which we receive as much correspondence than we do on old-growth…Continue to make it known, particularity to Government MLAs, reach out, ask for a discussion, ask for them to take a position.  It takes everybody, the full government, to account on this. We must hold each of the 57 NDP MLAs to account on these promises… and to do that, they need to feel the pressure from the public.