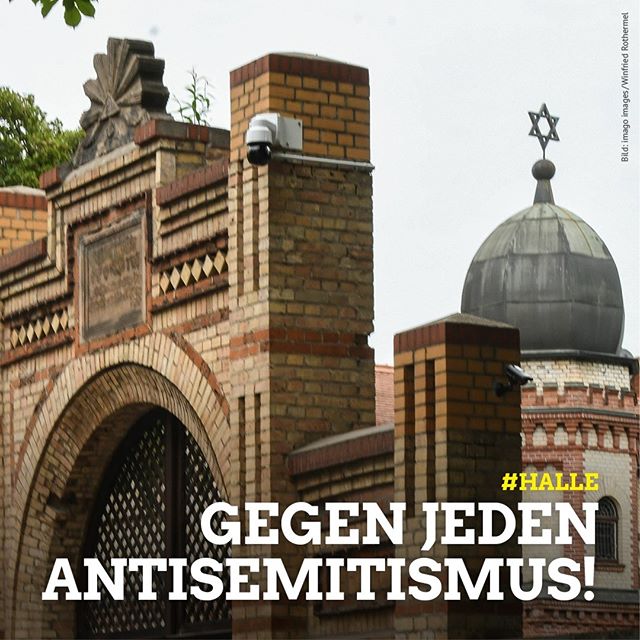 One year after an attack on a Synagogue in the city of Halle, Germany, the German Green Party, known as “Die Grünen”, took to social media to express the countries’ need for advanced methods of discrimination prevention.

“One year ago today, an anti-Semitic assassin tried in #Halle to disrupt the Yom Kippur service and murder Jews. Two people were killed and there were several injured. The many people who had come to the synagogue to pray were left traumatized. And not just them. The shock hits Jews all over Germany.

We have to tackle these problems and draw political and social consequences:
– We have to show solidarity with people who are exposed to discrimination. We have to finance the fight against the law more sustainably. A law promoting democracy is required for this.
– There must not be any more weapons in circulation; gun law needs to be tightened.
– Right-wing tendencies in the security authorities must be clarified and combated. This requires studies and an independent police officer.
– Specialized public prosecutor’s offices and a virtual police station online are needed in order to be able to better combat anti-Semitic and racist digital violence.

Against all anti-Semitism! Everywhere. Every day”