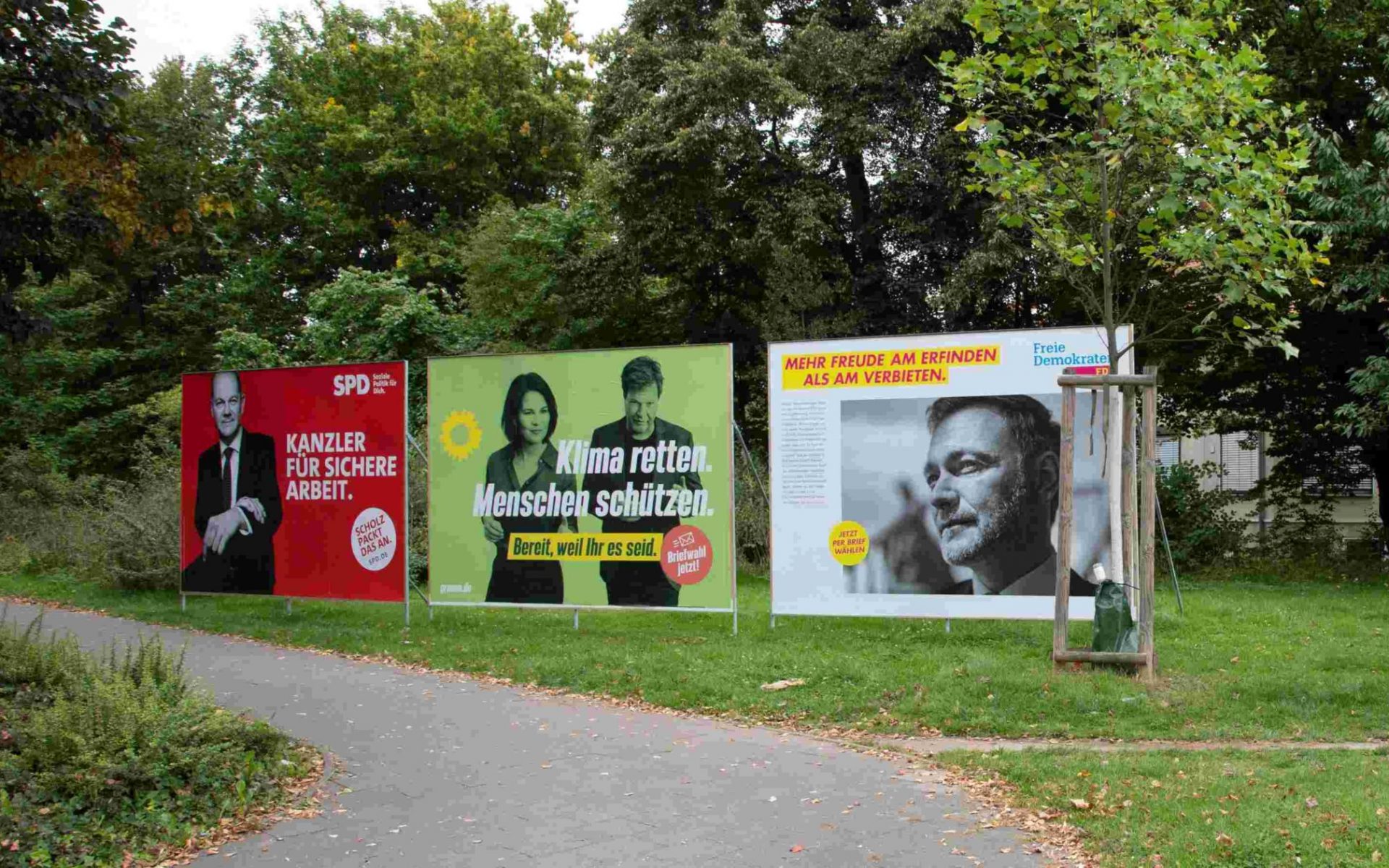 Germany’s 2021 federal election has ended with the German Green Party securing 14.8% of the national vote and 16 seats in parliament. This is considered a historical win for the German Greens. Now the party, led by Annalena Baerbock, is entering negotiation talks to form a government.

The poll indicates that a three-way coalition government will likely be formed. Official coalition talks from the ‘Centre-left Social Democrats’ (SPD), ‘Business-focused Free Democrats’ (FDP) and the Greens began on October 21. The three parties hope to have a coalition agreement by the end of November and to form a new government before Christmas 2021. Nevertheless, all three parties still have other options to form a government, and they haven’t ruled that out. 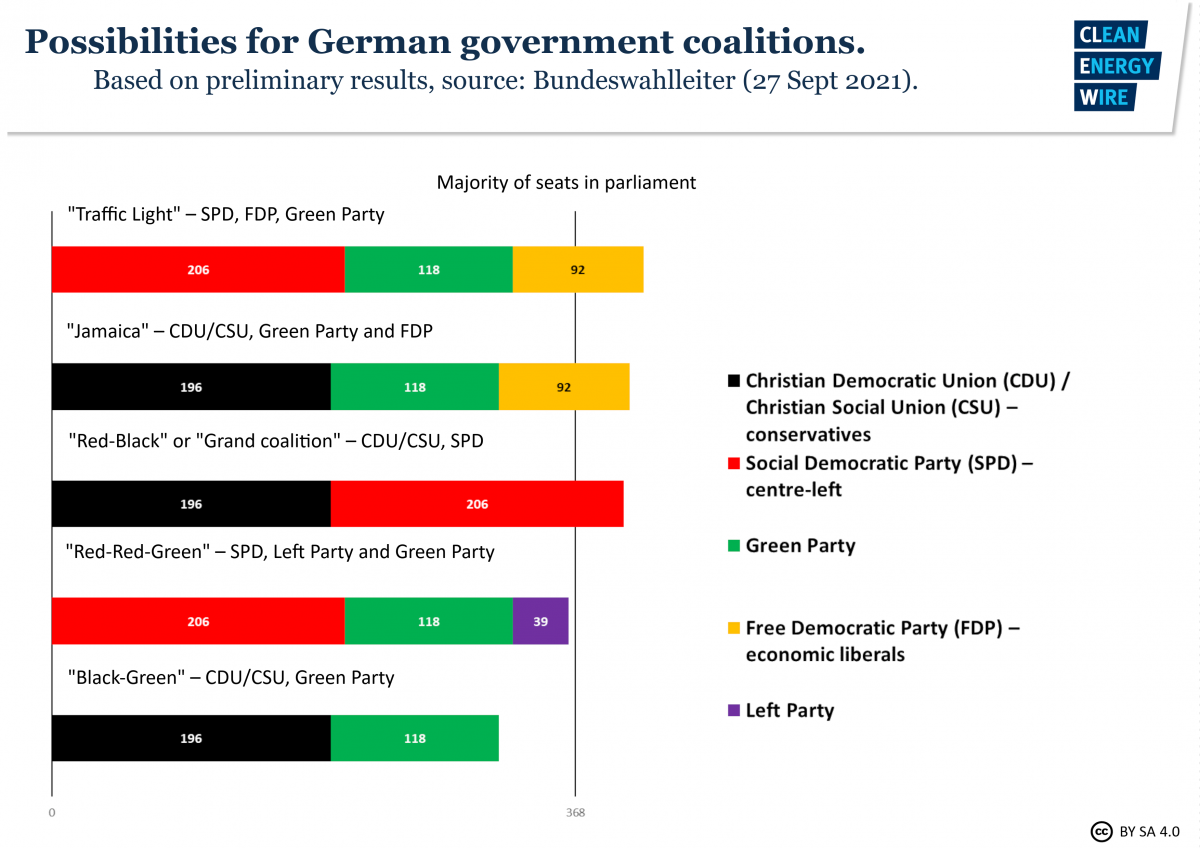 As of now, the ‘Traffic Light Coalition’ (SPD, FDP, Green Party) are in favour of becoming the next German government. Preliminary talks have marked some agreement on social and environmental issues, with a slight push back on some matters. The Green’s conditions for phasing out coal by 2038 and a minimum wage increase to €12 were agreed upon by all parties. However, their demand for a speed limit on German motorways was not supported.

The German Green Party originally appeared in German politics from the environmental and peace movements of the 1970s. The party played a big role in Germany’s commitment to abandon the use of nuclear power by 2022. In addition, the party also left its mark with the efforts to promote peace by opposing the Iraq war and NATO’s bombing campaign on Yugoslavia. 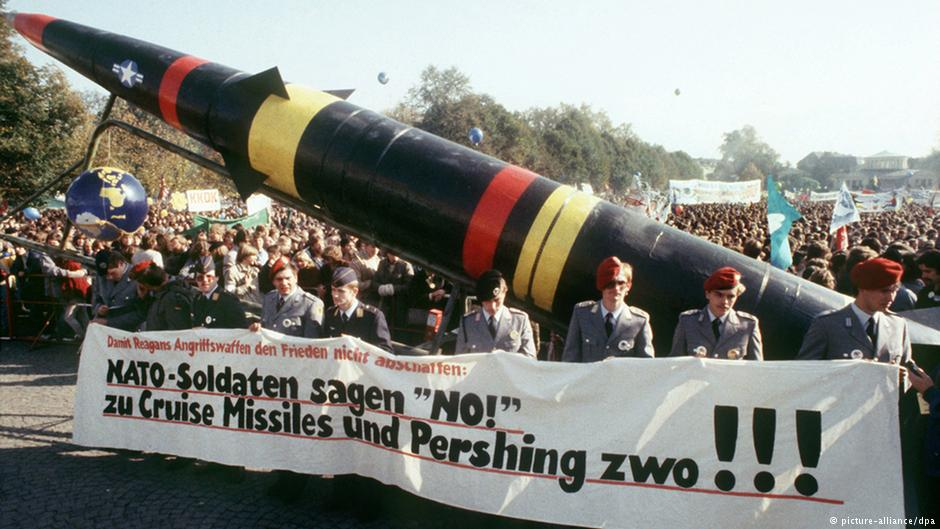 The German Greens attracted a large number of anti-nuclear and peace movement activists in its early day. An anti-nuclear demonstration in 1983

By and large, the current Green Party stays true to its founding principles and is very ambitious with its climate policy. Having more electric cars on the road, abandoning coal power and being able to cut greenhouse gases by 70% by 2030 are some of their goals.

Amidst the ongoing energy transition and the fight against global warming, the prospect of the German Greens in government is an optimistic sign. It is likely that an alliance led by the SPD will be formed again. It is only a matter of time before all parties reach an agreement, but all indications show that a new German government will be formed before the end of the year.

Leo is a freelance journalist with a passion for small businesses, communities, local politics, and environmental issues.