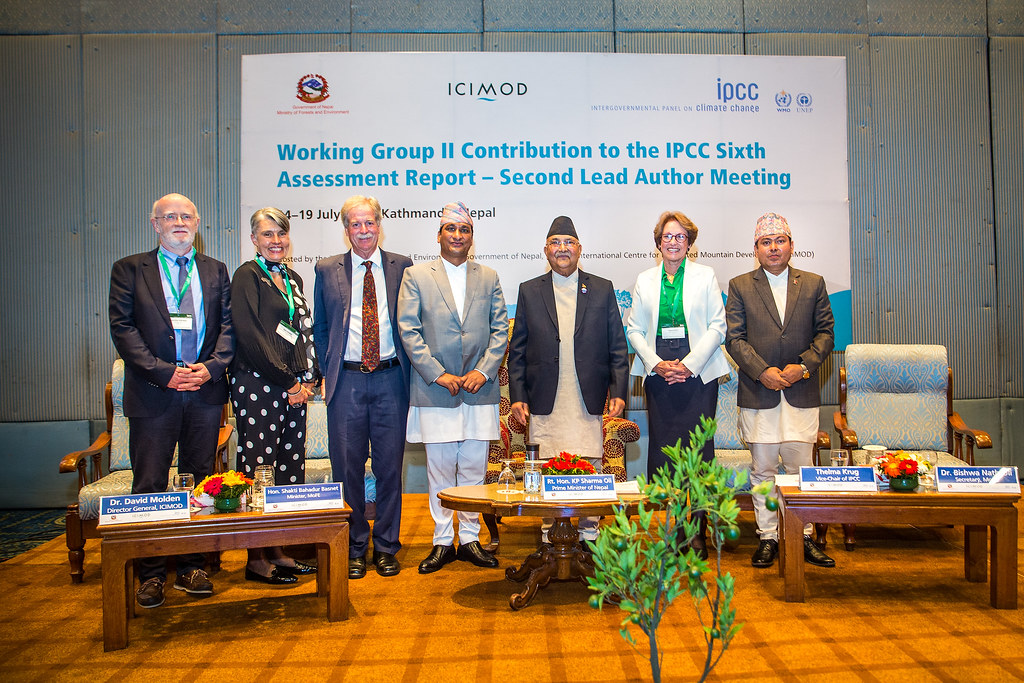 On August 6th 2021, the United Nations’ (UN) Intergovernmental Panel on Climate Change (IPCC) released its sixth assessment report titled “AR6 Climate Change 2021: The Physical Science Basis”. AR6 delivered a scathing report of what human activities have done to change our climate for the worse since pre-industrial times (1850-1900). This report was the product of the tireless work of scientists working with the most update technologies and data in the world.

What is the IPCC assessment report?

The IPCC was founded by the United Nations Environment Programme (UN Environment) and the World Meteorological Organization (WMO) in 1988 to “provide policymakers with regular scientific assessments on climate change, its implications and potential future risks, as well as to put forward adaptation and mitigation options” according to their website.

Every few years, in depth reports are released on the state of technology, science and socio-economic knowledge with respect to climate change. This year, the sixth report (AR6) focused on the physical science information to do with climate change. The report was drafted and reviewed several times to ensure the most unbiased and accurate information made it through to the final draft released.

AR6 found that human caused climate change was unequivocal. Global Green News (GGN) had the opportunity to speak with Dr. Alexandra Lesnikowski, assistant professor in the department of Geography, Planning and Environment at Concordia University, for her thoughts on AR6. Lesnikowski stated that with every IPCC report we have seen improvements in “the comprehensiveness of our observational data on historic and current climatic changes and the precision of our models”.

One key take away from AR6 is that we will likely exceed the 1.5oC of warming above preindustrial levels threshold by the early 2030s according to Dr. Lesnikowski. This is earlier than what was previous expected according to the IPCC’s 2018 special report (SR 1.5). “SR1.5 concluded that this was likely to occur sometime between 2030 and 2052”, said Dr. Lesnikowski to GGN. In 2018’s SR1.5 previously stated that staying below 1.5oC of warming was crucial to avoid the worst effects of climate.

“AR6 gives us a more precise and updated picture of how much and how fast our climate is changing, and what we need to do to stabilize the climate system.”

Reactions from the Green Party:

It will come as no surprise that the Green Party of Canada reacted very strongly to the findings of the IPCC’s AR6. Annamie Paul, Federal Green Party Leader reacted to report on Twitter sounding off on the “unequivocal” findings. Paul however tried to garner hope by saying, “we must not let our sadness paralyze us into inaction”.

Paul went on to say the report’s findings should “strengthen our resolve” to fight climate change in the same way we came together fight the pandemic as Canadians.  She ended the statement by saying “let’s combine this spirit with political will to turn Canada into a global leader on the climate”.

“I know many people are frightened, .. alarmed, .. at risk of feeling quite hopeless but there is hope contained in that report”

Alex Tyrrell, Leader of the Green Party of Quebec wrote of Facebook reacting to the report by not downplaying the “rapidly intensifying” situation. He pushed for stronger political measures to reduce emissions such as: “sanctions when targets are not met and a drastic reduction of consumption of fossil fuels, plastic and consumer goods”.

Tyrrell went on to say that “Politics is where the decisions are made” and encouraged those who want meaningful change in the climate fight to put more political pressure on their governments.

Looking ahead, a lot more needs to be done if we are to mitigate the worst effects of climate change. On November 1st 2021, the United Nations Climate Change Conference (COP 26) will take place where nations from around the globe will work together to negotiate new climate policy targets. This may be a defining moment if we are to safely transition to a net zero carbon emissions future. “Climate action is something that we need to be committed to for the long-term” said Dr. Alexandra Lesnikowski to GGN

However, Dr. Lesnikowski stressed the importance of ensuring “negotiations are inclusive and that low and middle income countries in particular are fully represented”. Lesnikowski explained that the COVID-19 pandemic poses an obstacle to this “inclusivity”, as travel restriction may bar certain representatives from travelling. Furthermore, many countries are struggling to combat COVID variants on top of dealing with the climate crises.