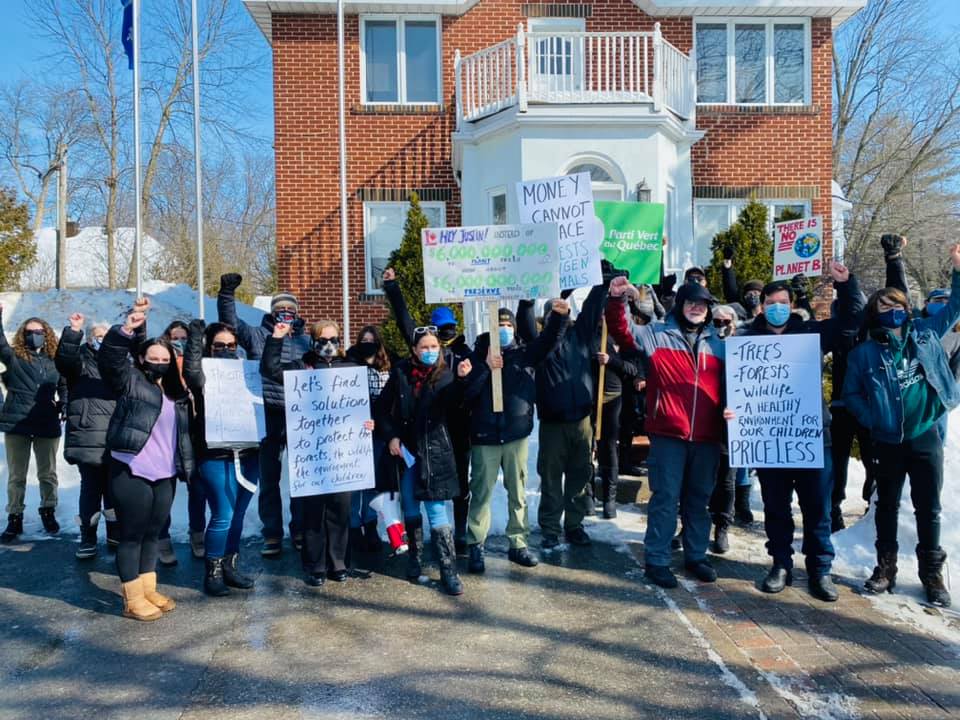 On February 28 2021, a local protest organized by the leader of the Green Party of Quebec Alex Tyrrell and Notre-Dame-de-l’Île-Perrot (NDIP) resident Sandra Gajdos was held in front of MP Peter Schiefke’s Vaudreuil-Dorion office in Île-Perrot, Quebec.

Green Party leader Alex Tyrrell, along with a group of approximately 30 people, gathered early on Sunday morning with the intention to protest against the deforestation plans of the municipality. The building project plans to create spaces for up to seven additional housing sites which represents around 17 residences. However, this means that deforestation of the White Oak Forest must take place in order to go forth with construction.

The municipality of Île-Perrot in Quebec is the home to the White Oak Forest which covers up to 7.8 hectares in land mass. According to biologist Annie Claude Bélisle in an article in Global News, the White Oak Forest is important on an ecological scale due to the rareness of the trees.

The White Oak Forest is also home to an endangered and federally protected species of frogs: the western chorus frog.

Protestors were calling on MP Peter Schiefke, the Minister of Environment and Climate Change’s parliamentary secretary, to get the Federal Minister to sign an emergency protection order. Considering the decline of western chorus frogs in Quebec, the minister could put an end to the deforestation plans in order to protect the endangered species.

Indeed, according to Alex Tyrrell in a Montreal CTV News article covering the Sunday protest: “The federal minister of the environment has the power to issue an executive order to protect the area under the Species at Risk Act. That’s the case with the western chorus frog. We’re calling on the federal government to intervene.”

According to a more recent article written by Carmen Marie Fabio in The Journal, following The Journal’s inquiries, MP Peter Schiefke provided a statement saying that he was going to further examine the situation concerning the protection of the endangered species and thanked the NDIP residents for bringing this issue to light.

Athena is a second year undergraduate student at Concordia University in Montreal pursuing a BA in Honours Political Science. She is passionate about international relations, tackling social issues and defending human rights. When she isn't writing, you can find her catching up on her reading list and sipping a hot cup of tea.

Q&A with Mansur Ahmed from the Bangladesh Green Party