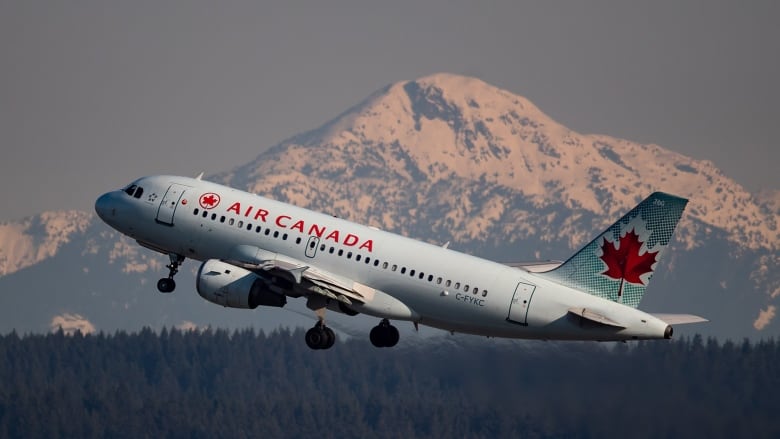 The Green Party of Canada leader Annamie Paul wants to see the Arline bailout come with conditions attached. In regards to the airline sector negotiating a multi-billion-dollar bailout with the government of Canada. Air Canada is cutting routes to different destinations and Canadians are left with little to no travel options.

Air Canada has cut routes to Nova Scotia, Newfoundland and Labrador, Prince Rupert and Kamloops in British Columbia, and New Brunswick. Many popular destinations, including London U.K, are also on that list. Due to the airline bailout, Air Canada is offering refunds to passengers as part of their bailout package. As a result, the airline sector is now negotiating a multi-billion-dollar bailout with the government of Canada. The Green Party wants to see this bailout come with conditions attached.

Air Canada has agreed to offer refunds to passengers who had their travel plans cancelled because of the pandemic. However, this is part of a potential bailout package from the federal government. Annamie Paul spoke on this issue; “We know that it is important to protect air transportation routes, especially for rural and remote communities”. Ms. Paul says the government needs to make sure that the airline bailout focuses on workers and not corporations.

In its February 12 earnings report, the airline said it had just closed the “book on the bleakest year in the history of commercial aviation.” A federal government official speaking on background told CBC News Tuesday that Canadian airlines have so far received more than $1.7 billion in financial assistance through the Canada emergency wage subsidy (CEWS).

The Green Party does not want to see impending airline bailout funds go to funding corporate dividends or bonus payments for airline executives. However, bailout support can be used to secure the future of airline workers and routes to rural and remote communities. The bailout has to be pre-conditioned on a full reimbursement of travellers. The Greens were the first to say that there should be no airline bailout without first reimbursing customers for cancelled flights.

Ms. Paul states that the government is negotiating with the airline sector and using leverage to protect workers. Any public funds used to bail out an airline must be justified and conditioned on that.

“The airline industry is a carbon-intensive sector,” said Ms. Paul. “The government needs to make sure that airline bailouts are conditioned on those companies agreeing to do their fair share to help Canada to meet a target of cutting its greenhouse gas emissions by 60 per cent from 2005 levels by 2030, and on publishing a detailed implementation plan in the next few months.”

Airlines must offer refunds to passengers for cancelled flights while reinstating regional routes in Canada. Most importantly these airlines must protect jobs across the airline sector. An airline official told CBC News “In a country as vast as Canada, it is essential we maintain connections between people and our communities. Maintaining a vibrant, competitive Canadian air sector and Canadian airlines is a priority.”