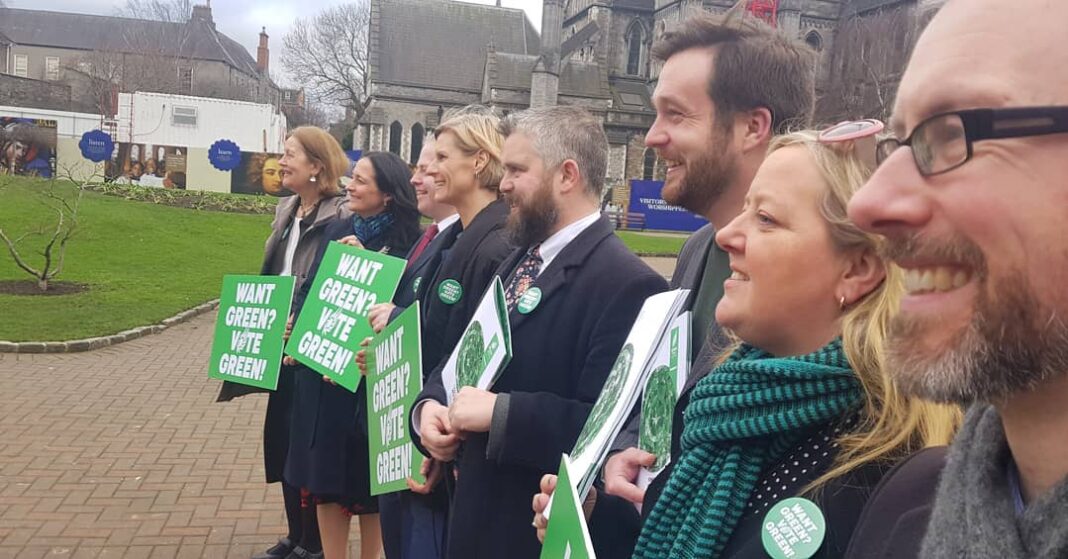 Members of the Green Party of Ireland have voted in favour of a proposed deal that sees the party become part of a coalition government. Greens decided by a 76% majority to form an administration with Fine Gael and Fianna Fáil. It signed up to a programme that promises radical action on climate change but will also have to shoulder the burden of leading the country’s economic recovery from Covid-19. Its Deputy Leader, Catherine Martin, said: “Now we will move forward together, respecting the democratic wishes of the majority of our party at all times, listening to each other … working in unity to protect our country and our planet.” A total of 1,435 Green members voted in favour and 457 against the coalition deal. Among key concessions for the Greens is the new government’s target to achieve 7% carbon emissions cuts on average annually. Green Party Leader Eamon Ryan, Deputy Leader Catherine Martin T.D., and Dublin West TD Roderic O’Gorman TD have been appointed to Cabinet. Green Party Senator Pippa Hackett will join them at Cabinet serving as a Minister of State. Deputy Ryan has been appointed Minister for Climate Action, Communication Networks and Transport; Deputy Martin will head up the Department of Media, Tourism, Arts, Culture, Sports and the Gaeltacht; Deputy O’Gorman is now the Minister for Children, Disability, Equality and Integration; and Senator Hackett will serve as a Super Junior Minister at the Department of Agriculture, with special responsibility for Land Use and Biodiversity.