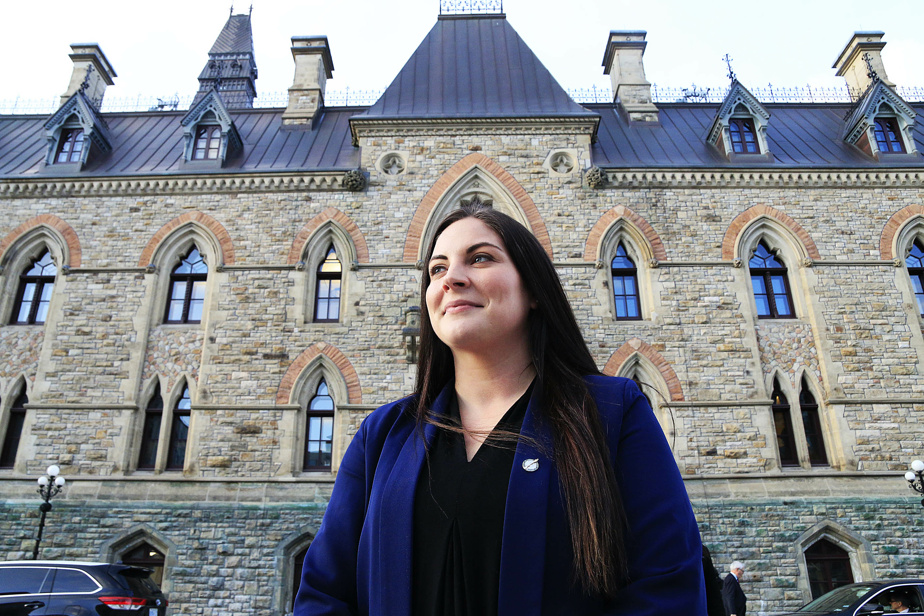 On Monday, Fredericton MP Jenica Atwin adjusted her stance on the Israeli governments actions against Palestinians saying she ”regrets her choice of words”. Her statement came days after announcing she is crossing the floor to join the Liberal party of Canada.

On June 10, the Fredericton MP left the Green Party to join the Liberals after criticizing party leader Annamie Pauls, conservative stance on the Israeli-Palestinian conflict.

On May 11, Atwin expressed her support towards Palestinians by denying the existence of the two sides in the conflict between Israel and Palestine. She stated that “there are no two sides to this conflict, only human rights abuses” by Israel.

“Forced Evictions must end! I stand with Palestine and condemn the unthinkable airstrikes in Gaza. End Apartheid!” she wrote.

Atwin’s decision to cross the floor was driven by internal conflict within the Green Party over diverging views on the Israeli-Palestine conflict.

During the press conference in which Atwin announced her departure from the Green Party to join the Liberal Party, she claimed that her political views have not changed. “This is about not backing down. It’s not about being other than who I am….I have the same priorities and values that I’ve always had,” she said.

Furthermore, when questioned on whether the Liberals were supportive of Atwin’s view on the Israeli-Palestinian conflict. The Intergovernmental Affairs Minister, Dominic LeBlanc said the Liberal Party welcomes differences of opinion, even when it comes to Israel.

The Liberal’s Party denies actions of ”apartheid” by Israel

Prime Minister Justin Trudeau announced on June 11th that the Liberal Party will convene an Antisemitism summit. This came after the Centre for Israel and Jewish Affairs reported a “troubling rise of anti-Jewish bigotry” in Canada following the conflict in the Middle East.

Conservative and Liberal MPs believe that Atwin’s use of the term ”apartheid” has added fire to the fuel and helped amplify Antisemitism behaviour.

On June 11th, the Canadian Press reported that Foreign Affairs Minister, Marc Garneau made it clear that the Liberal government rejects the use of the label ”apartheid” when it comes to Israel’s actions in the Middle East.

He added; “It is not part of our approach with respect to Israel or the Jewish community. We, of course, are completely against any antisemitism that would be displayed by any Canadian citizen.”

Former Liberal MP Michael Levitt, who is currently the President and CEO of Friends of Simon Wiesenthal Center for Holocaust Studies, revealed his displeasure of the welcoming of Jenica Atwin to the Liberal Party.

He declared his concern of her addition to the Liberal party in a Twitter post, calling her stance on the Middle Eastern conflict “ inflammatory one-sided and divisive rhetoric.”

Atwin adjusts her position on Israel

Although Atwin did not specifically retract the apartheid term, she seems to have tempered her stance on Israel since her integration to the Liberal caucus.

In a statement posted on Twitter, Atwin said that she regretted if her choice of words caused harm, claiming she only intended to send “strength and love” to people she believes are in need of support.

“Palestinians are suffering. Israelis are also suffering as well as their loved ones in Canada and around the world,” she declared.

”No one wins with war. I regret if my choice of words caused harm to those who are suffering”

Unlike her previous statements, Atwin stressed Palestine’s share of responsability in the resolution of the Middle Eastern conflict by saying that she supports a ”two-state-solution”.

She also condemned Antisemitism and Islamophobic behaviour. She encouraged everyone to ”listen and learn” as much as they can and ”try to help”, saying that she is looking forward to work with her new Liberal colleagues and ensures to continue learning about the subject matter.

BC Greens on provincial state of emergency