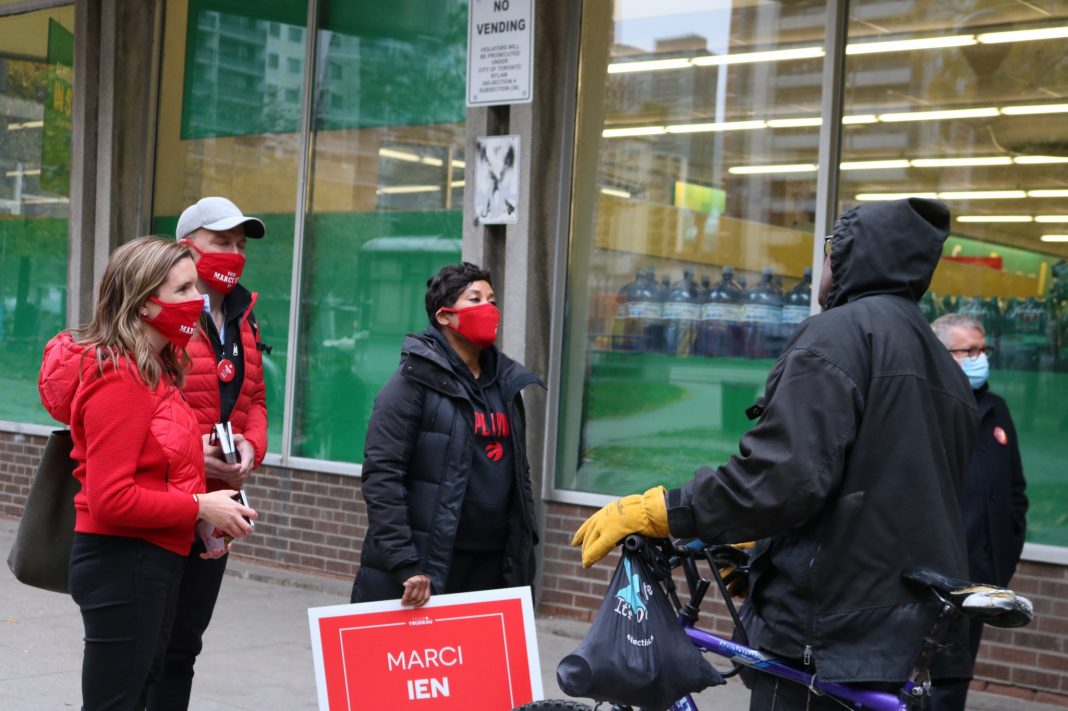 The Federal Liberals celebrated a modest victory Monday night after candidates Marci Ien and Ya’ara Saks stole the spotlight in the federal by-elections celebrated in Toronto Centre and York Centre just a few days ago.

As Andrew McDougall, Assistant Professor of Political Science at the University of Toronto explained for CBC News, by-elections can often be interpreted as a sort of referendum for the current government, which would make the victories of the two Liberal women a fairly good sign for Trudeau’s government.

Yet Toronto Centre’s was a fairly tight electoral race considering the clear drop in the share of votes obtained by Liberal candidate Marci Ien in a riding that is commonly regarded as a Liberal stronghold.

Liberals have held a seat in the riding in question since 1993 and secured more than 50 percent of the vote in last fall’s election, in a way confirming the idea that Toronto Centre’s constitutes the Liberals’ safest seat in the country. But things are changing.

Though Annamie Paul arrived second in the race for a seat in her birth riding, the novel Green Party leader’s performance in this by-election stands out as a remarkable improvement from last fall’s election: Paul went from barely securing 7 percent of the vote last year to obtaining 32.7 percent of the vote on Monday night.

Monday’s defeat comes as a second for Paul, who ran for the same seat in 2019’s federal by-election, losing to former Finance Minister Bill Morneau. In her bid to enter the House of Commons, Paul was hoping to secure a seat in the riding where she grew up.

Paul’s by-election campaign was rooted in a call for change. As explained in her own words, Toronto Centre “has had urgent needs for many years, none of which has been properly addressed by past Liberal MPs.” Indeed, Toronto Centre is regarded by many as one of the most neglected ridings in the entire country. “This is why it has become one of the hotspots for COVID-19 cases in Ontario; this is why it is the centre of the opioid epidemic; this is why, all over the riding, there is record homelessness and a lack of affordable housing”, Paul dwelled upon in her campaign.

Following her defeat, the leader of the Federal Green Party took to Twitter to congratulate winning Liberal candidate Marci Ien, concurrently taking the opportunity to pledge the Greens’ support to Ien’s efforts to help residents in the Toronto riding, and thanking the volunteers and supporters who helped the Canadian Greens achieve a historical result.

The October by-elections were marked by strict guidelines implemented to ensure voter safety, and constituted the first federal electoral events to take place under the circumstances of the Covid19 pandemic.

Moving forward, Paul has made public the fact that she and her party will discuss where she should run for a seat next, asserting that decisions have not yet been made and that they will look at every single riding with hopes to determine exactly where an opportunity to win a seat in the House of Commons may lie.