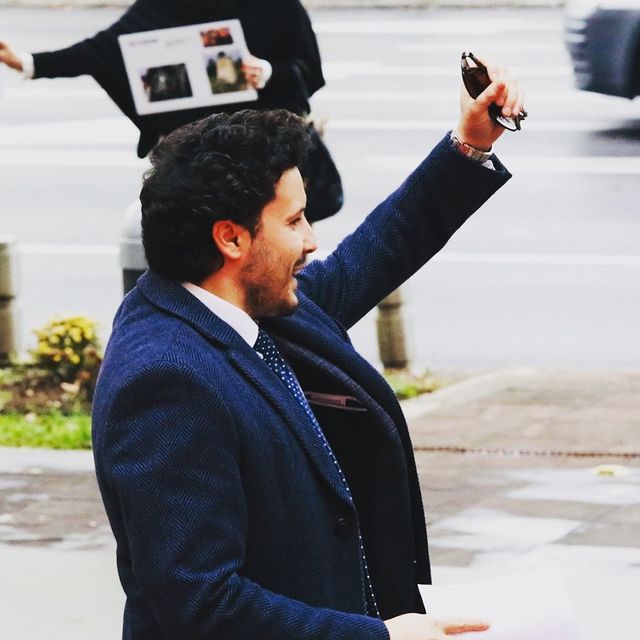 2020 has seen more political change in the small, Balkan country of Montenegro than since introducing the democratic multi-party system over 20 years ago.

In August, the Parliamentary elections saw the electoral loss of the Democratic Party of Socialists of Montenegro (DPS) for the first time since the country held elections in 1990.  Along with this, on December 4th 2020, the Montenegro Parliament, under the leadership of new Prime Minister, Zdravko Krivokapic, elected Dr. Dritan Abazovic to the role of Deputy Prime Minister, representing a fairly new Montenegrin social-liberal, progressive, green party, known as “United Reform Action” (URA).

After decades of political suppression and single-party rule, Abazovic and the URA are looking to use their role in government to be the transitioning factor that will help Montenegrin political systems and society embrace more open, western values.

Founded in 2015, the URA has moved quickly to become a significant political party in Montenegro. Forming a Coalition in the 2016 Parliamentary elections with the Democratic Alliance (DEMOS) and the Socialist People’s Party (SNP), the URA gained recognition among voters as the coalition went on to achieve over 40,000 votes, and won the URA 2 seats in Parliament.

Opting to run independently in 2020, the URA ran on a campaign which fostered ideas of anti-corruption, economic stability, and European integration. The URA came away with 22,679 votes, or 5.5%, as well as winning 4 seats in parliament. These 4 seats proved crucial, combining with For the Future of Montenegro 27 seats, and Peace is our Nation‘s 10 seats, making for a total of 41 of the 81 parliamentary seats, winning a majority and beating out the DPS government for the first time in the nation’s electoral history.

The URA committee members have stated that the URA is a multicultural, pro-European party, that maintains good relations with local NGOs, various citizens groups, and that the party has strong support in the southern, and central regions of the country.  As Dritan Abazovic, is ethnically Albanian, the URA has become the first civic party that has elected a minority as party president in Montenegrin history.

In terms of environmental protection, the URA understands and practices green policies.  Milan Dakovic, President of the URA Youth Committee, claims that they are involved in several projects, including the protection of significant ecosystems in Montenegro.  Vladana Lompar, Councilwoman in the Old Royal Capital Assembly and member of the URA, states that as Montenegro is an ecological state, “Our state policy must be fully focused on protection of all natural pearls and heritage that makes [Montenegro] unique . . . Fostering a green economy will provide us more job opportunities and it will provide us more opportunities for development in line with European standards”.

The URA also maintains the goal of officially making Montenegro a Member State of the European Union.  Having applied in 2008, Montenegro has held the status of “candidate country” since 2012.  In order to join the EU, states must meet certain standards, which are defined in the EU’s 35 policy chapters, of which Montenegro has completed or is currently completing 30. Dritan Abazovic stated, “We are a pro-European party, and we try to promote the very good Neighbourhood Policy. We really believe that Montenegro will soon be part of the EU”.

Entering politics in 2014, Abazovic quickly found himself to be the youngest member of Parliament that year, and is currently one of Montenegro’s youngest deputy Prime Ministers in history, at the age of 34.  Joining URA in 2015, and becoming URA’s President in 2017, Abazovic fought to help the party gain recognition within the country, and has helped URA become a candidate member to the European Green Party, in June 2020.

About the prospect of joining the European Greens, Abazovic stated; “Joining the EGP family will surely help us strengthen this position as a party. We hope to collaborate closely and develop joint projects and actions with other members of the EGP not only to strengthen our positions and capacity at home, but also to show that Montenegro is fully on the path for EU membership!”

In an interview with Professor Kenneth Morrison of the London School of Economics, when asked about how he sees Montenegro in 5 years’ time, Abazovic listed issues he wishes to target during his time as Deputy Prime Minister, such as improving economic stability, fighting organized crime, and cultivating a new political culture in the country.

After decades of DPS rule, Montenegro is near the verge of economic collapse.  The country is half a billion euros in debt to the China Road and Bridge Corporation for their construction of the Bar-Boljare highway, and Abazovic states in his interview that by the end of 2020, the country will have 100% foreign debt in relation to their GDP.  In order to prevent this economic collapse, Abazovic believes that the new government will need more credits from the World Bank, as well as receive financial assistance from exterior financial institutions in the EU.

This issue spills over into Abazovic’s second priority, that being corruption and organized crime in Montenegro.  Per the fiscal monitor of the International Monetary Fund, Montenegro loses between €150-200 million in corruption each year.  Abazovic stated, “For Great Britain that’s nothing, but for small Montenegro, that is a very huge number.  That’s 5% of GDP [lost] on corruption”.  Abazovic hopes that this new government will be an opportunity to start from scratch, removing the connections of the past government, and combatting corruption from the highest level.

The goal of cultivating a more open political culture in Montenegro comes after a history of dictatorship and one-party systems.  Calling it a “lack of democratic culture in the Balkans”, Abazovic explains to Professor Morrison the damage done through decades of belief that having an opposing opinion makes one an “enemy of the people and state”, calling this state of political culture a “virus”.  Abazovic states that his party will encourage the freedom of political affiliation, and that the political militarism of the past has ended with this past election.

Abazovic claims that this will be achieved by presenting themselves and their government as one that is with the people, and making every voice heard, effectively ending the country’s history of clientelism, and encouraging citizens to voice their political beliefs, rather than fear government repercussions for their opinions.

Though Abazovic believes that all of these goals may not be achieved after one election, this change of political power has been an important first step to what hopefully is a better future in Montenegro.