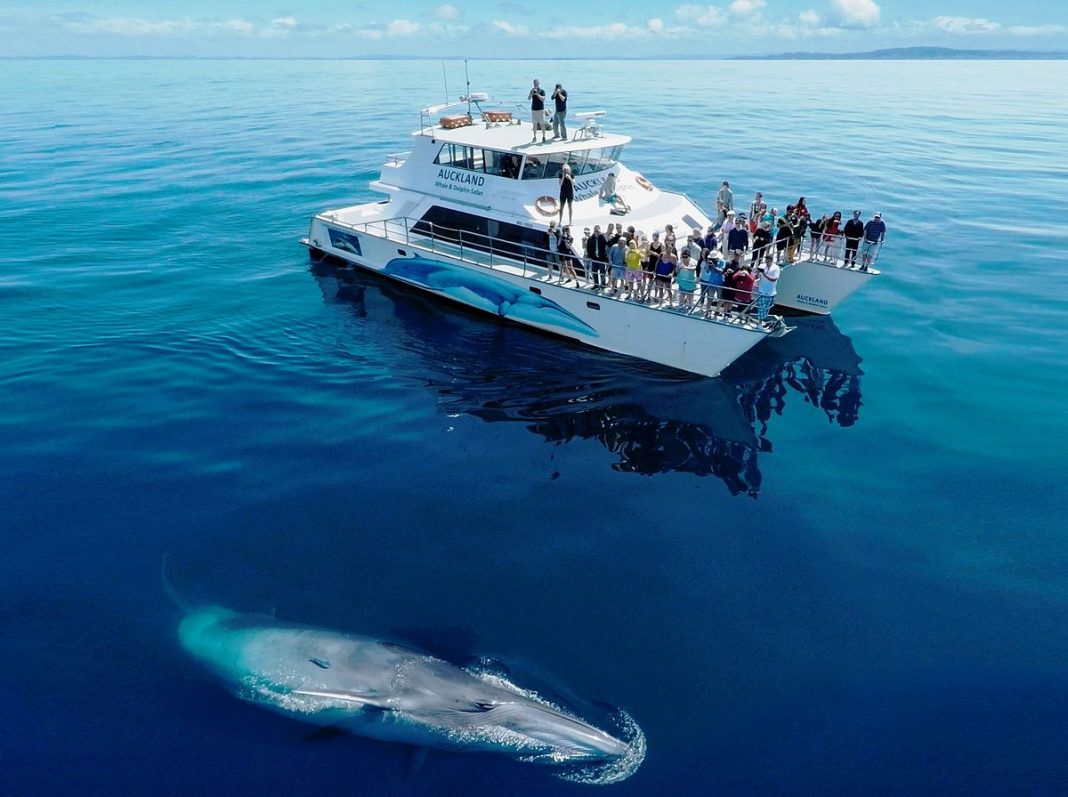 The Greens have long advocated for a complete ban on the destructive practice of bottom trawl fishing. Furthermore they insist for greater protected marine areas in New Zealand’s waters.

The New Zealand government has now taken a much needed first step to increase the amount of protected areas; from less than 0.3 percent to over five percent of the 1.2 million hectare marine park that stems from Te Arai to Waihi.

However, the government’s proposal falls short of the Hauraki Gulf Forum’s target of protecting thirty percent of the marine areas, which is backed by scientific research such as annual Ministry for Primary Industries (MPI) shellfish surveys at around 12 sites.

“Once again, despite nature being in crisis, we are pushing ahead with use and development, but we put protection on the slow track.”

Attorney-General, Minister for the Environment, Revenue, Oceans and Fisheries, David Parker, was questioned by Green Party List MP, Eugenie Sage, on the proposal’s shortfalls in parliament of June 23rd, 2021.

In response to the question as to why there was a delay until 2024 to establish the protected marine park areas through legislation, Parker said:

“There are some preliminary steps that we a required to go through before introducing new legislation and then it will take its ordinary course.”

Sage commented on Parker’s response to Global Green News and said in an email:

“The timidity of the agencies: Fisheries New Zealand (FNZ) and Department of Conservation (DOC) is a big problem.  Minister Parker’s response to my question seemed to indicate that there won’t be special legislation for new MPAs for the Gulf; and that it may be done as part of the wider reform of the Marine Reserves Act.”

Sage went on to have a sit down interview with Global Green News to discuss the issue further:

“It’s really disappointing. The Greens think there should be special legislation to speed up the establishment of new marine protected areas, which should be some no take marine reserves as well as traditionally Taiāpure & Mahinga Mātaitai, so that there is a mix of no take areas and customary management areas. But pushing it out until 2024, given the declining state of the Hauraki Gulf and given that this collaborative process really started back in about 2013 is just delaying action”

When Global Green News asked Sage about whether the fishing industry had a role to play in the government’s decision, she said:

“The fact that there has been the collaborative growth asked for a ban on trawling and dressing, yet government is providing trawl corridors where trawling can continue suggests to me that the commercial industry has had some influence….I am not clear on what the other reasons could be. It just seems that agencies and the labor government have really lacked ambition.”

Sage highlighted some of the flaws in the Marine Reserves Act during a five minute speech in a parliamentary general debate about sea change. She recognized the work done to reform the Marine Reserves Act but pointed out the lack of “any treaty principles” and the narrowness of being “being restricted to protection for scientific purposes”.

Sage also explained that there are “trawl corridors” where trawling would be permitted but “they have not yet been identified”.  This is despite there being existing Global Positioning System (GPS) technologies that could identify where trawling is occurring in the Gulf.

Evidently, much more could be done legislatively to achieve the Hauraki Gulf Forum’s goal of thirty percent protection the Hauraki Gulf. However, this move by the New Zealand government is a step in the right direction. While Sage encouraged the government to do much more she did say during her speech to parliament:

Speaking with Global Green News, Sage spoke about what more New Zealanders can do:

“I think we are seeing in New Zealand/ Aotearoa a huge engagement by communities in planting the banks of rivers to stop sediment getting into estuaries. That’s one key thing to work on land to stop plastic pollution, to stop sediment pollution of estuaries to keep the oceans free of that sediment which smothers fish life and just wrecks habitats.“

She also encouraged people to “to learn more about our marine environment”,  “to put the pressure on government”, “to get involved in a local environmental organization and to add their voice and call for change”

July 12, 2021
0
Green parties across the world take pride in promoting ecological progressive values and the belief in Social justice. At the 2001 Global...