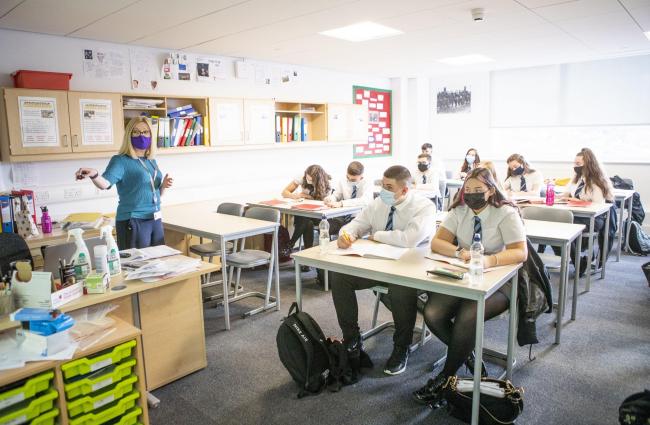 The Scottish Greens have proposed formal measures on ensuring safer school policies during the COVID19 pandemic. These measures have now been taken up by the Scottish Parliament – passing by 64 votes to one. Scotland’s youngest MP Ross Greer is the Green Party’s education spokesperson and has been responsible for pushing the measures’ urgency as COVID cases have continued to climb.

The new measures include hiring 2000 additional teachers as well as making in-school voluntary COVID testing accessible and consistent for both teachers and students alike. In addition, this school safety program calls for putting protective measures in place to aid those on staff who are most vulnerable to the virus – such as those who are immuno-compromised.

During the run up to the new school term in Scotland, many parents, students, and teachers were concerned about the possible consequences of reopening schools for the first time since they closed in March 2020. By November, there had been approximately 1 500 teachers and almost 30,000 students absent from the Scottish school system – all related to the concern over the pandemic. The mass disruption of the education of students has thus led the Scottish Greens’ to devise the school safety program and have demanded for it to be put in place in order to create a safer environment for all those involved.

In a recently published article written by Mr. Greer, he emphasizes the urgency for such COVID safety measures to be put in place since everyone has the right to safety in their place of work and school. He also mentioned that this choice of reopening schools cannot only be between the choice of shutting the entire education system down or operating as if under normal circumstances. Putting these proposed safety measures in place will hopefully provide some solutions by bridging the gap between those two extreme choices.

After seemingly little action was taken on the matter since the measures were passed, the Scottish Parliament has now stated that they will begin piloting the Greens’ proposed widespread testing program in the new year. Ross Greer made his thoughts clear following the Parliament’s decision in a tweet made on November 25, in which he describes the government’s plan to not roll out the plan before Christmas as “deeply frustrating.”

In the same tweet, however, he states that he was at least reassured to a degree that progress on these urgent safety measures are being taken seriously by the rest of parliament. Getting the school safety measures passed in the Parliament is a big win for the Scottish Greens; however, the overall effects of their plan and the extent to which the measures will be rolled out is going to be undetermined until well into the new year.

Haley More is a recent Political Science graduate from Concordia University in Montreal, QC. During her undergrad degree, she wrote on topics relating to international relations, gender studies, conflict studies, as well as comparative politics. In addition to her academic experience, Haley has pursued her passion of travelling and living abroad throughout the completion of her degree. Haley is keen to explore the subjects of environmentalism and politics through a positive and intersectional lens. She currently resides in Victoria, BC.