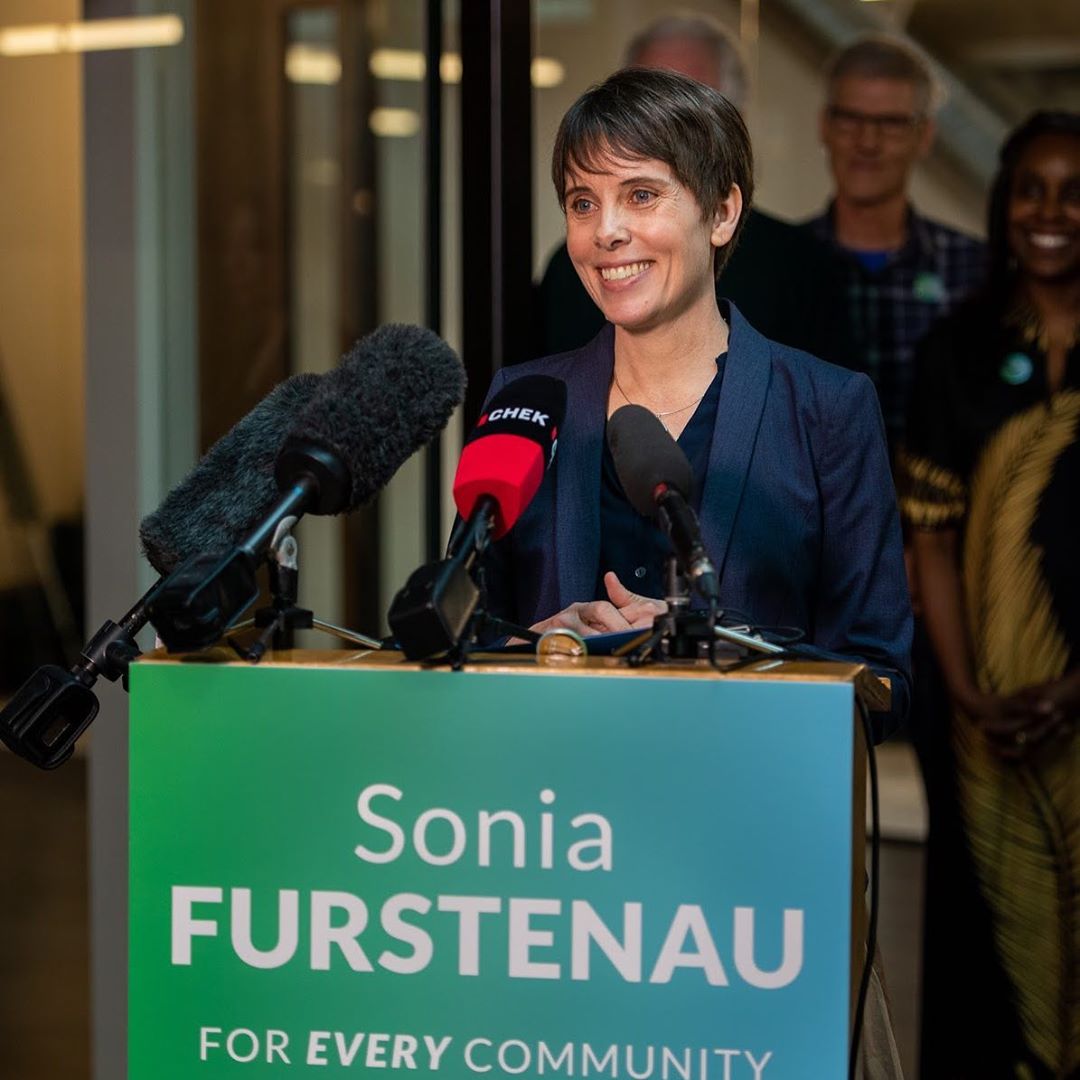 VICTORIA, BC – Sonia Furstenau, MLA for Cowichan Valley, announced that she is running to be the next leader of the B.C. Green Party in Victoria. Furstenau was joined by six endorsers: Eli Enns, Dr. Lisa Gunderson, Andy Mackinnon, Dr. Amita Kuttner, David Slade, and Emily Hiser.

“B.C. needs a new style of leadership that listens to evidence and to communities,” Furstenau said. “I got into politics because I saw a disconnect between the decisions made at higher levels of government and how they affect peoples’ day to day lives. I have seen time and time again how good ideas get stalled at the provincial level due to old ways of thinking and partisan divisiveness. But, the past two and a half years in office have also made it clear to me that it does not have to be this way.

“We need a plan for the future that embraces new ideas and MLAs who have the courage to implement it. We need to embrace solutions to the climate crisis that will improve quality of life and create opportunities for British Columbians. We need to shift away from century-old markers like GDP growth to more meaningful indicators like equality, infrastructure, health and wellbeing. We need to move beyond the tired ideological wars of the 20th century, focus on the concrete outcomes we want to achieve, and work collaboratively to find the best common-sense policies to make them happen.

“The B.C. Green Party has grown by leaps and bounds in the past few years, and since beginning initial conversations about my leadership candidacy I have spoken with dozens of potential candidates, supporters and members who are excited to bring fresh perspectives and enthusiasm to this campaign. These conversations have underscored for me how much potential there is to expand our impact in provincial politics. I can’t wait to travel the province to speak to current and future members and supporters about our shared future.”

Furstenau also launched her campaign website at www.soniafurstenau.ca. She also announced that she hired two co-campaign managers and has raised more than $12,000.

BC Greens’ Sonia Furstenau and Adam Olsen on Old-Growth Protection

BC Greens Call to End Logging of Old-Growth