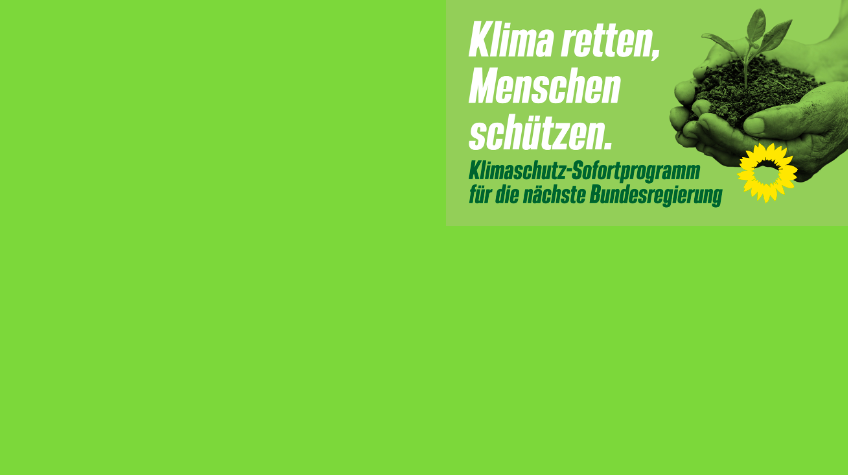 Environmental measures said to be costly:

Last week, the Green Party of Germany has stayed true to its word and set the forefront of their campaign as the importance of climate and environmental policies. Running on behalf of the Green Party of Germany for the chancellery elections that will take place on the next 26th of September, Annalena Baerbock, has openly declared to the German population that the green transition of Germany, deemed urgent and necessary, will not be easy nor will it be cheap. According to ABC News, Baerbock told reporters in Berlin that “There is no beating around the bush”, that “preventing climate disasters will be costly”, and “will require tapping into additional sources of revenue”. Set forth to make Germany the leading European country in environmental policy in the years to come, the German Greens are not backing down from a rough environmental and economic transition lying ahead.

Baerbock has proposed that these new policies and measures could be paid for through the revenue generated from carbon taxes, or a loosening of Germany’s debt rules. However, the Union Bloc which combines Merkel’s ‘Christian Democratic Union’ (CDU) and ‘Bavaria’s Christian Social Union’ (CSU) ‘s candidate Armin Laschet has ruled these options out. According to Baerbock, Merkel’s successor candidate and leader of the Union bloc ,Armin Laschet, is a threat to effective climate policy. According to ABC News, Baerbock has stated that Laschet “is a threat not just to the security of the people in our country but also to Germany as a location for industry”.

There is a fierce competition between the Union Bloc and the German Green party for the chancellery elections. The polls indicate that the Greens, who last May were outpacing the Union Bloc at a record high of 27 percent are now at 19 percent. However, with the recent climate disasters occurring in Europe and particularly hitting Belgium and Germany, the Greens have been pushing for climate reforms with urgency. Indeed, Germany has been hit by devastating floods throughout the month of July, killing at least 177 people. According to Global Green News, many believe that the Greens may stand a chance at taking office as these disasters sadly have reminded everyone that climate change has devastating consequences.

It is in the wake of these disasters that the German Greens have released on August 3rd, their set of environmental policies which they would implement within the 100 days following their placement in office if they win the election race in September. “We need to strengthen climate protection now to fight the #climatecrisis”, stated Baerbock on Twitter while releasing the Green’s Immediate climate protection program. “For too long we have been talking about what is not possible, instead of putting in place the political framework to make everything possible in climate protection. The climate crisis is happening now, not later – and that’s why we are acting now”, said the German Greens in their policy announcement.

The German Greens have assured the German population in their policy statement that if elected, the next federal government will take measures that will make history in terms of environmental policy, showing their commitment to their constituents.  “The next federal government must focus all its energy and the work of all departments to tackle this task of the century, […] we will pass the largest climate protection package ever adopted by the Cabinet”, stated the Greens in their policy statement. “In order to streamline and accelerate the coordination processes within the ministries, a German government climate working group will meet weekly during the first 100 days. The Ministry for Climate Protection will oversee this working group, and will also have veto power over other ministries in case of laws that are not compatible with the Paris Agreement”.

Green Policies and European prospects for the fight against climate change:

The German Greens’ climate protection program is extensive and detailed. The program focused on ten main goals and areas of focus, which are the following: (1) developing renewable energies, (2) progressively eliminating of fossil fuel energy by 2030, (3) aligning business and industry for climate neutrality, (4) launching climate offenses in the building and the construction sector, (5) accelerating the mobility turnaround, (6) strengthening green hydrogen, (7) bringing climate protection, nature and agriculture together, (8) making climate protection socially just, (9) turning the federal budget into a climate budget, and (10) making the EU a climate pioneer, driving forward external climate policy. For extensive information and details on the program, information can be found on the German Green’s website.

The German Greens hope to set themselves at the forefront of European environmental policy making in the coming years. The Greens wish Germany to “finally move from being a brakeman to a driver for more climate protection” according to their program. “At the World Climate Conference in Glasgow, we will work to ensure that the major emitters in particular increase their national contributions and that the EU leads the way together with the USA and China” have also stated the Greens in their program.

Hi! I am a Franco-Dutch student living in Montréal. Just graduated with a Bachelor degree in Political Science from McGill University, I have taken an interest throughout my studies in Journalism. I've worked with the McGill Tribune, the Bull & Bear and recently collaborate with La Gazette des Femmes in Quebec City. I have also been an associate editor with the McGill Historical Discourse. My areas of interest are international relations, cultural diplomacy, feminism and gender studies, environmental issues and journalism - I love to write, learn and grow and I'm exicted to work with Global Green News.

Who is Annalena Baerbock and what could she mean for Germany’s future?

RD, CONGO: THE CONGOLESE MINISTER OF THE ENVIRONMENT CLOSES THE SITES OF A CHINESE COMPANY FOR ENVIRONMENTAL POLLUTION.

August 1, 2021
0
The Green Party of France, Europe Ecologie Les Verts (EELV), poor in the regional elections that took place on the 20th to...