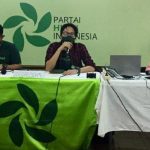 The GGP are fielding both local and national candidates, however only some local candidates are running under the GGP party name. This is because the GGP are still looking for national party recognition. They need to organize and establish a presence in one more region and multiple different provinces in order to gain this recognition.

The President of the GGP David D’Angelo, is running for Senate under a different party called the Partido Lakes ng Masa. He is doing this in the meantime, while he hopes his party gains ground in local elections. The GGP’s platform outlines a declaration of a national climate emergency, moratorium on mining, food sovereignty, green education, green communes, and renewable energy. They have a further 10-point plan on their website.

The GGP are part of a larger network of parties which belong to the Asia Pacific Greens Federation (APGF). This federation includes the likes of ‘The Greens’ in Australia, the ‘Green Party of Aotearoa New Zealand’, and three different green parties in Indonesia. While the green parties in Australia and New Zealand have previously enjoyed political power, the parties in the Philippines and Indonesia still are pursuing it.

The three green parties in Indonesia are; the Sarekat Hijau Indonesia (SHI), the Parti Atjeh Hijau (PAH), and the Parti Hijau Indonesia (PHI). In such a large country they have different influences depending on the location. The oldest and the one with the best shot at entering the national election in 2024 is the PHI. They have member groups in all 34 provinces. The other two parties are more regionally focused. The SHI has 30,000 members in 10 provinces, and the PAH is the newest party with 1,200 members in 7 provinces.

The core issue of the PHI party is the aim to reduce Greenhouse Gas (GHG) emissions to keep the temperature rising above 1.5 degrees Celsius by 2030. The issue of GHG emissions, and air pollution more generally is a prominent one in Southeast Asia. A mix of coal-fired power plants and slash and burn deforestation has made the air seriously polluted in many urban areas.

Furthermore, Southeast Asia faces some of the worst plastic pollution on the planet. The rivers and tributaries are clogged with disposable plastic and garbage, while excess recycling is sent to them for storage by Western countries. However, the Australian Greens have done their best to support the three rising green parties in Indonesia by providing support in capacity building and education.

For now, only the Philippines and Indonesia have green parties, but if they are successful in obtaining power it may be a catalyst for the creation of new green parties in other Southeast Asian states.

An Environmental Assessment of The Invasion of Taiwan: Absent Eco-Political Model...

January 23, 2023
0
With ongoing speculations of an invasion of Taiwan by China, ranging from sovereignty to reunification to strategic motives, coped by factors...