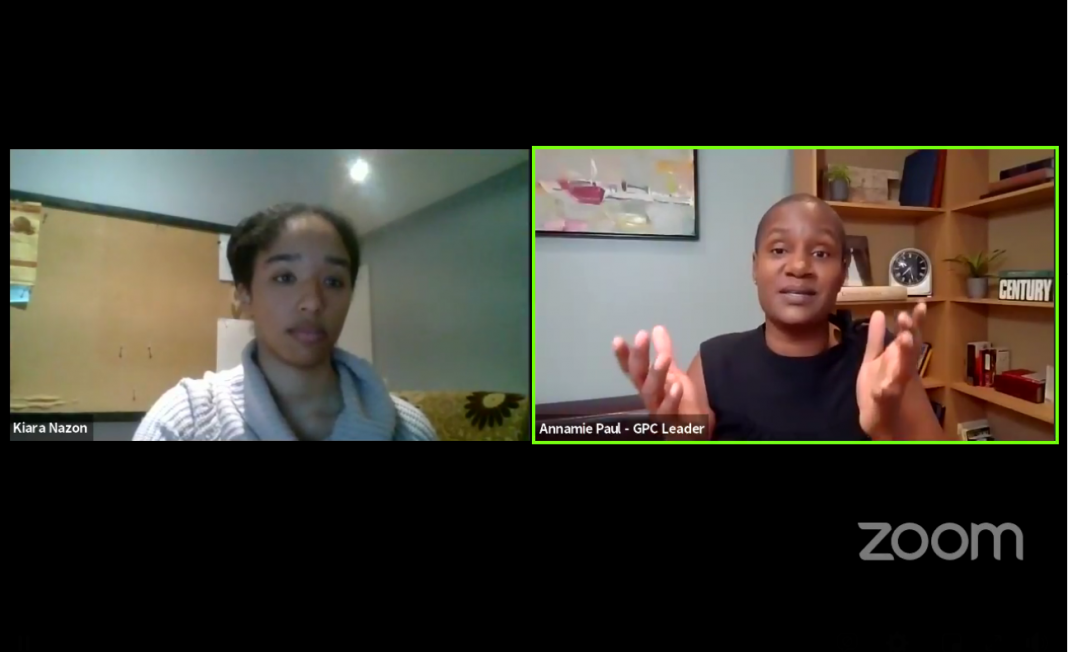 On Friday March 12, Annamie Paul held a national townhall via a Facebook live event, announcing the launch of the Time to Run Campaign, calling for nominations or self-nominations to run as a federal candidate for the Green Party of Canada.

More than 500 people have already submitted nominations since the launch last month, which will continue until the wake of the next election.

Annamie Paul stressed the need for a new generation of Green leaders, and for real representation in the shadow cabinet. The leader hopes this initiative will help ridings that are struggling to find candidates.

Sarah Cui is in her fourth year of undergraduate studies in Environment, Resources and Sustainability at the University of Waterloo. Her background is intercultural, having grown up in both Ottawa and northwestern China. Her areas of interest include environmental policy, degrowth and conservation. In her free time, Sarah enjoys connecting with friends, hiking, identifying plants and learning a new language.

Q&A with Mansur Ahmed from the Bangladesh Green Party