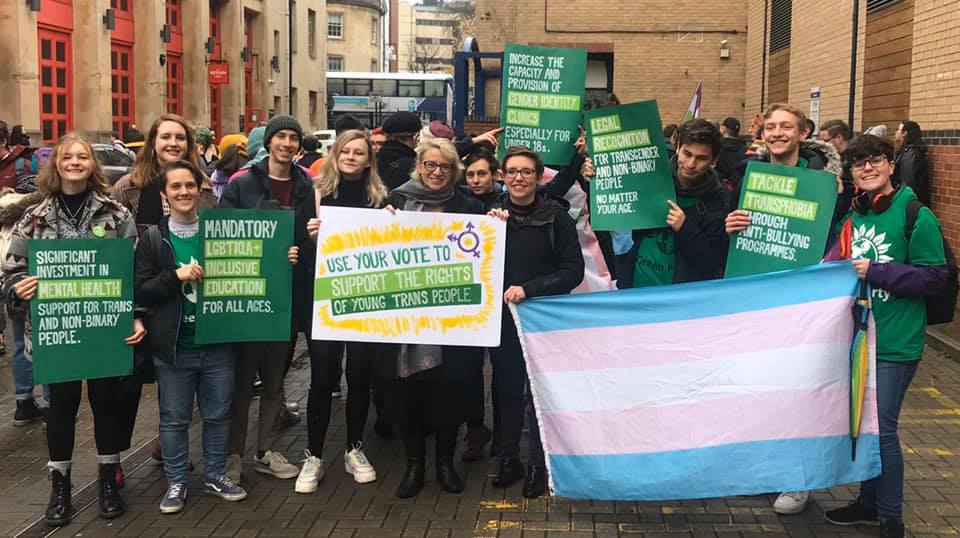 The Green Party of England and Wales voted for a motion March 7 which supports the principle of self-identification for people seeking to obtain gender recognition certificates. It was passed at one of the Green Party’s virtual conferences.

The Green Party is supporting this motion as the current Gender Recognition Act, which was passed in 2004, only permits people diagnosed with gender dysphoria and who can provide evidence that they have lived in their acquired gender for at least two years to have their gender recognized by the law. This criteria can be very limiting to trans people who do not meet the guidelines. In turn, many trans people do not have their gender recognized by the law. They also argue that the current legislation pathologizes trans people and their identities.

We support the right for individuals to update their legally recognized gender by self-determination, the only requirement being a statutory declaration, to how they would describe their gender, including having the option to change their name on all documents.

They are vocal about their support of the LGBTIQA+ community and the Green Party’s youth and student branch, Young Greens, use their Twitter account to raise awareness on trans people’s rights.

The passing of this motion would be a step in the right direction in supporting trans rights in the UK.

Skye Legault is currently completing her Bachelor's degree in Journalism and Law at Concordia University. She is a frequent contributor to her school's newspapers and tends to report on human rights, the environment and politics. In her free time she can be found writing articles for Global Green News or enjoying time in the great outdoors.

German Greens Release their Climate Manifesto ahead of Election