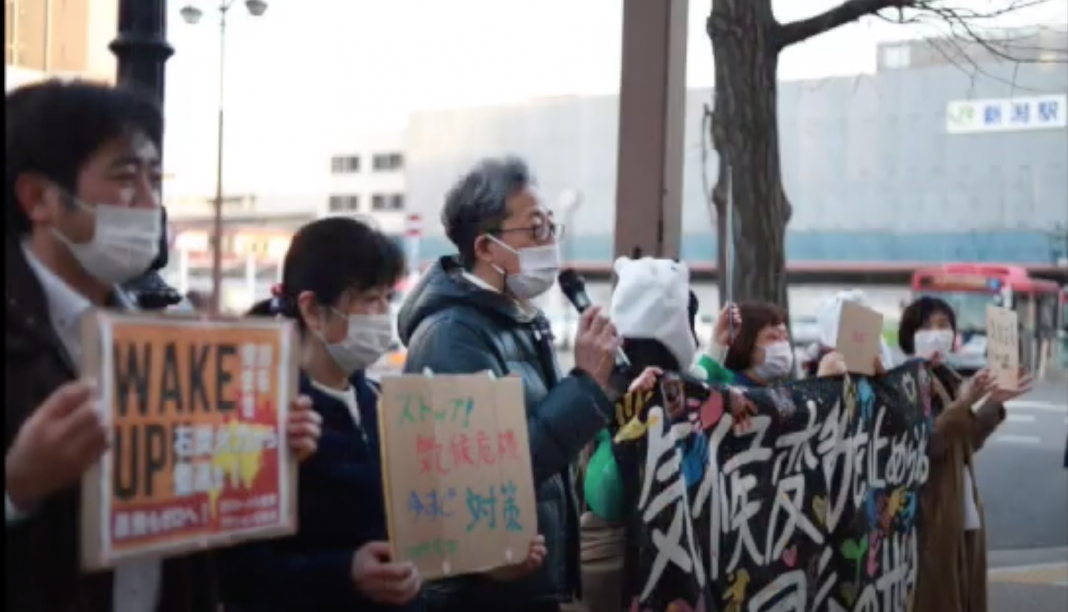 On April 13, the Japanese government decided at a ministerial meeting to release contaminated water from the Fukushima Daiichi Nuclear Power Plant where a partial meltdown took place following a tsunami in 2011. The Japanese Green Party was formed in the wake of this unprecedented accident. They are strongly anti-nuclear and are strongly opposed to the release of radioactive water into the Pacific ocean.

Following the controversial announcement they released the following statement:

For 10 years after the Fukushima nuclear accident, Fukushima residents have been forced to suffer a lot of damage and have a difficult life due to radioactive contamination, separation and division of areas and families, discrimination and self-death at evacuation sites. The impact on agricultural products and marine products produced in the prefecture is also serious. Regarding the release of contaminated water into the ocean, not only fishermen but also many local government councils in Fukushima Prefecture submitted a statement of caution and opposition to the release of contaminated water to the government (* 1), and April 7 prior to this decision. On the same day, the Zen Fisheries Federation and the Chairman of the Fukushima Prefectural Fisheries Federation have met with Prime Minister Kan and have expressed strong opposition again.

Until now, the government and TEPCO have promised that they will not take any action without the understanding of the parties concerned. Nonetheless, it is unacceptable to overwhelm many of these opposition voices.

In the first place, contaminated water is called “treated water” and “tritiated water”, and the government and media reports that “1,500 becquerels / L or less is 1/40 of the standard” and “it is discharged even in normal operation of general nuclear power plants”. Not only is it inaccurate, it is a deliberate distortion. Since the sources of pollution from the Fukushima nuclear power plant site include nuclides other than contaminated water, “1,500 becquerels / L or less” is not a positive one and is the minimum standard that must be met (* 2). In addition, contaminated water that comes into direct contact with exposed fuel debris is different from wastewater from normal operation, even if it is treated. It is known that the nuclear wastewater of TEPCO contains many nuclides that are not contained. It has also been pointed out that if tritium stored for a long time in a tank is combined with organic substances, there is a risk that the subsequent behavior in nature will be different from that of ordinary water tritium alone.

The claim that such a problem is “damaged by rumors” and that talking about the risks and anxieties “fuels rumors” reduces the actual damage and insults the victims.

Regarding contaminated water, feasibility proposals such as land storage and switching from water cooling to air cooling have also been announced by the Nuclear Citizens’ Committee (* 3). TEPCO is facing the shortage of land for tanks, but we have prepared a storage place for radioactive waste associated with decommissioning work on the site of the first nuclear power plant. Rather than rushing through exposure-related processes such as debris retrieval without waiting for a half-life, it should be considered to allocate the land for “urgent” contaminated water storage. Furthermore, it is possible to secure usable land, including the site of the Fukushima Daini Nuclear Power Plant, and TEPCO and the national government should take responsibility.

Needless to say, TEPCO is the main body responsible for releasing contaminated water. The day after this decision, the Nuclear Regulatory Commission decided to virtually ban the operation of the TEPCO Kashiwazaki-Kariwa nuclear power plant because of the inadequacy of “nuclear material protection” (evaluation is the worst in the classification of the regulatory committee). Businesses that lack the technical and organizational control capabilities to handle nuclear material and have been suffering from repeated scandals during this period will not be able to properly manage their emissions for decades to come.

The actual start of release is said to be about two years later. We, Greens Japan, together with many people inside and outside Fukushima Prefecture, urge the government to never release contaminated water into the ocean, and will do our utmost to withdraw this decision.